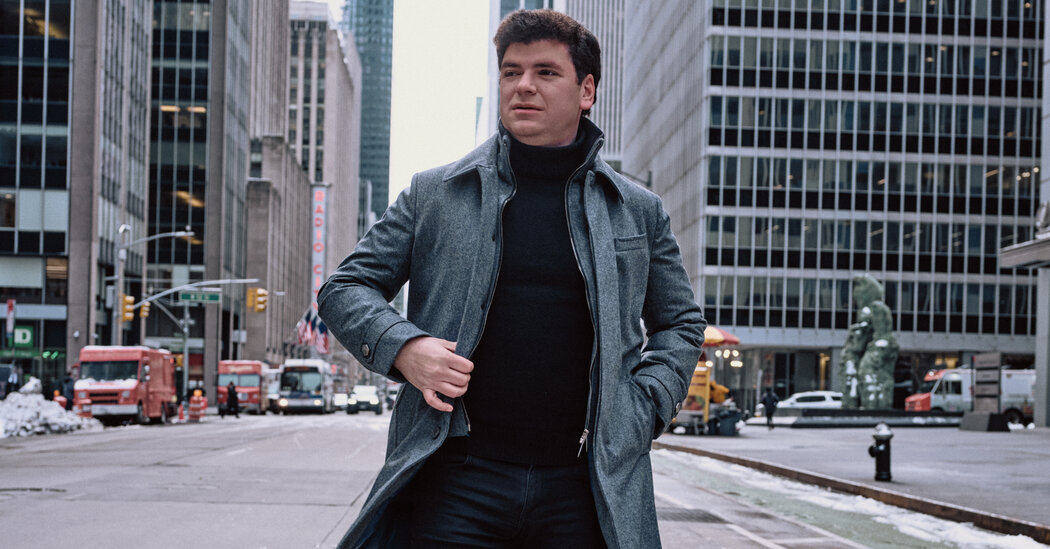 Seven years ago, when Michael Berkowitz, 34, was a physical commodities trader in New York, he found that the best time to talk to his busy boss was on walks. “If he was going to a nearby meeting and I needed face time with him, I would walk him there,” Mr. Berkowitz said.

In the winter, though, he faced a dilemma. Mr. Berkowitz always believed in the power of dressing. “Your height, your voice, that’s out of your control,” he said. “But the way you dress is in your control, and people judge you based on it.”

He had two winter coats. One was puffy and, he said, “made me look like I was going on an arctic mission.” The other was formfitting, chic and powerful but left him freezing and feeling under the weather for the rest of the day. Why, he wondered, couldn’t he find a coat that had the warmth and performance features of his ski jacket with the tailoring and design of his wool coat?

After much research, he figured out the problem. Fashion designers in Italy, where it’s not especially cold, made the most beautiful coats, he said, but they thought temperatures in the high 40s were unbearable. The highest performing coats were coming out of northern climates like Canada and Scandinavia, where designers cared much more about function.

“I was like, ‘We need to mix those things,’” he said. Norwegian Wool was born.

In 2014, the company’s first winter, Mr. Berkowitz sold 100 coats in two different styles in a few specialty stores across the Northeast. Now he sells 39 styles in more than 100 stores across North America and Europe, including Saks, Bloomingdale’s and Neiman Marcus. The company added a women’s line in September 2020, along with a more casual sports jacket for men. All items cost $1,000 to $3,000.

What is more, Norwegian Wool has become a fast favorite of financiers, television anchors and movie stars. The CNBC “Squawk Box” host Joe Kernen presented live from the World Economic Forum in Davos in his. Patrick Dempsey is wearing one around frigid New York City while he films his new series, “Ways and Means.”

Richard Sharp, the chairman of the BBC and a former Goldman Sachs banker, bought two for his sons, now 28 and 26, and invested in the company after he tried on his first coat. “My son who is in New York City wore it all winter, even though he is very antimaterialistic, anticapitalist,” he said. “It is discreet enough.”

Josh Berger, the departing president of Warner Bros UK, Ireland and Spain, is also hooked. “When I’m on set and wearing my midnight blue Norwegian Wool coat, and everyone else seems to be wearing an oversize puffer, I have to say I think my version looks a whole lot better,” he said.

While Mr. Berkowitz’s customers may be testing out their coats at 10 Downing Street, the British prime minister’s residence, where Mr. Sharp wore his to a meeting — “Someone there told me I look younger in it,” he said — the Norwegian Wool founder tried out his first one in the walk-in freezer section of the Fairway Market on 125th Street in Manhattan.

“I spent about 20 minutes pacing back and forth,” he said.

In early 2015 Mr. Berkowitz quit his job in finance to focus on his new company. Before that, he used all his vacation days trying to create the perfect winter jacket. He traveled to Norway to meet with experts from outerwear companies as well as fashion design students in Oslo. The students taught him how to angle pockets so that hands have an extra four inches to slide in and get cozy. It also means that wrists will not stick out and get cold.

“It’s basically a pocket that emulates a glove,” he said. “It has a narrow entrance and gets wider and wider.”

He also learned how to create collars that zip from the chest area and have a separate flap. That technique creates high necks so you don’t feel as if you’re being choked. Both are signatures of all Norwegian Wool products.

In Tuscany, about an hour outside Florence, he hired a factory with a head designer named Gilles Soulard, who was both an expert in making luxury products but also half Norwegian and used to the cold. “When I first met Michael, he told me he wanted a stylish thing that didn’t take away from the technical thing and vice versa,” Mr. Soulard said. “With some clients it takes a while to understand their vision. This I got right away.”

Together they ironed out technical details. How do you fill a coat with down but not make it extra wide? How do you fully waterproof a coat without compromising the softness of the material? Which types of buttons and zippers and clasps can withstand wind gusts at the top of mountains but also look sophisticated enough for a board meeting?

Mr. Soulard remembers long conversations about emergency hoods that could be hidden in collars. They figured out how to bond jersey cashmere on the inside of the traditional foldaway nylon hood. That meant it would feel soft but still be lean enough not to compromise the shape of the collar.

The company has also placed a lot of emphasis on fabrics. “I remember at the beginning we were using a fabric that was wool, but normal wool,” he said. “Now we’re up to 100 percent cashmere, 100 percent silk, the warm silk for the winter that is really, really good.”

Mr. Sharp, an early investor in the company, is optimistic about the brand because it hasn’t spent much money on marketing. “It already sells without much branding behind it,” he said. “Let’s see what happens when we put money into marketing.”

Karen Alberg Grossman, the editor of MR magazine, remembers an early marketing campaign. “I saw ads for Norwegian Wool on the walls of the Metro-North commuter train,” she said. “They were terrific ads of men looking like they were going to their jobs in these elegant coats.” They stood out, she said, because not a lot of fashion companies, especially high-end ones, advertised on the wall of a train.

One question hangs over the future of Norwegian Wool. The coats are designed to be worn over business suits, but will anyone even be wearing those after the pandemic?

Mr. Berkowitz will tell you he already has the one thing he needs to grow: an abundance of cold weather across the country, especially in New York City.