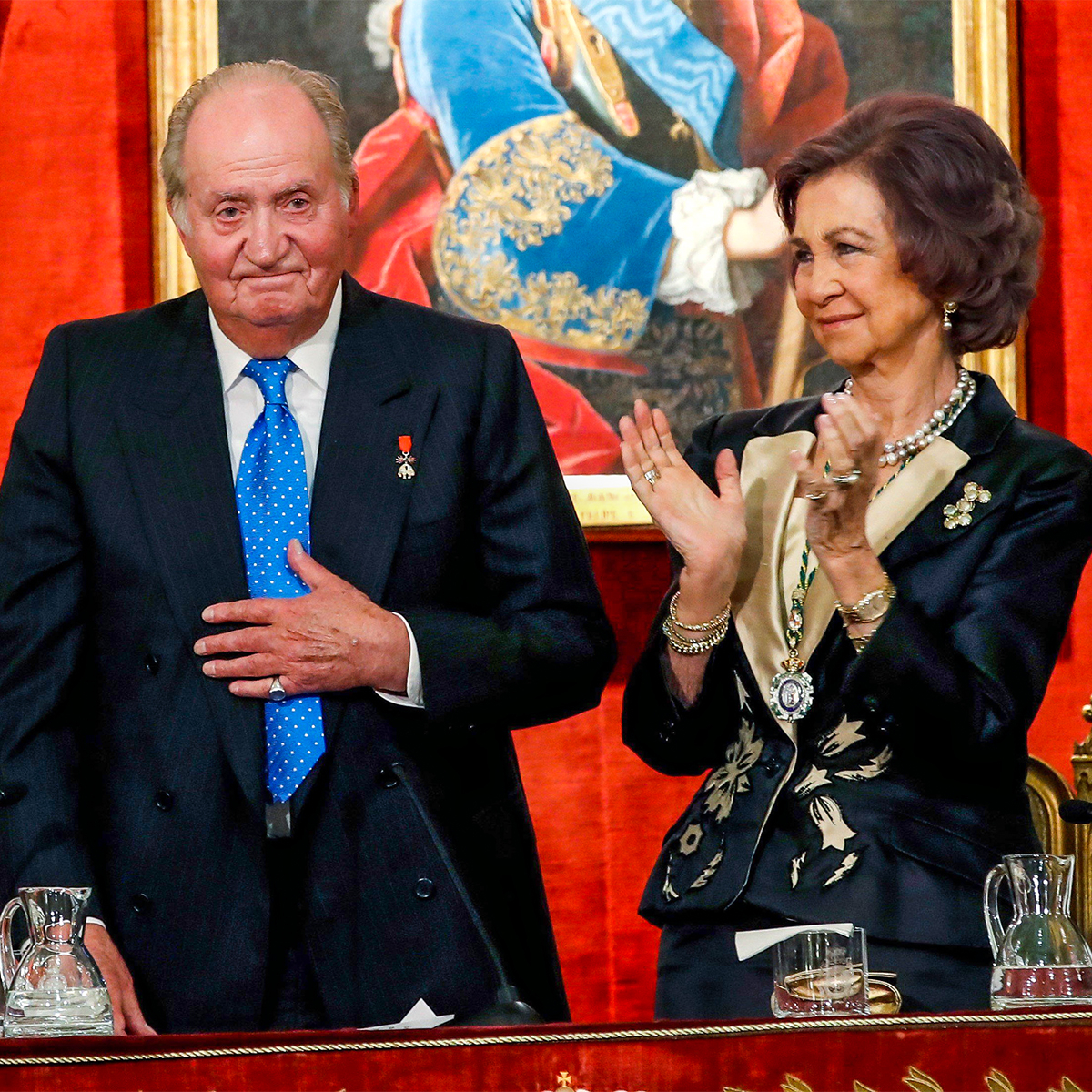 
When Juan Carlos left Spain last month, his departure was officially announced in a letter to his son that was posted on the palace’s website, in which he wrote that he was “guided by my conviction I can offer the best service to Spaniards, its institutions and to you as King” by leaving.

“It’s a decision I am taking with deep feeling but with great serenity,” he continued, as he “always wanted the best for Spain and for the Crown.”

His wife of 58 years, Sofía, the former queen consort who was born Princess Sophia of Greece and Denmark, is not with him. Despite a united front for the cameras and Sofía’s long standing as one of the more popular royals in the country despite her husband’s sinking popularity, the romantic part of their relationship is said to have ended years ago.

The reply to his father’s announcement, published alongside Juan Carlos’ letter, read, “His Majesty the King has conveyed to His Majesty King Juan Carlos his heartfelt respect and gratitude for his decision. The King wishes to emphasize the historical importance that his father’s reign represents and the legacy of political and institutional work of service to Spain and to democracy. At the same time, he wants to reaffirm the principles and values on which those things are based, within the framework of our Constitution and the rest of the legal system.”

Your September 2020 Horoscopes Are Here!

Gigi Hadid Modeled For Kith x Calvin Klein's Underwear Collab, and The Pictures Are Something Else

The Powerpuff Girls Are Getting the Live-Action Treatment

Editor - September 25, 2020 0
The grunge trend is definitely reemerging this season and is being popularised by the so-called ‘Alt-Girls’ (short for alternative) all over social media...