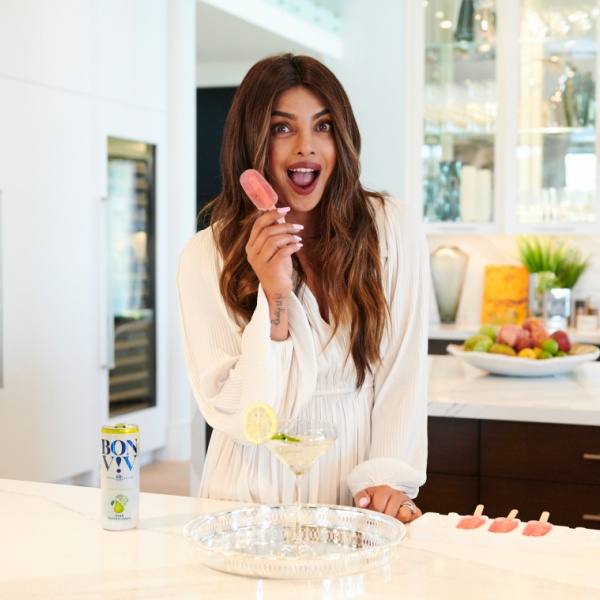 This summer, Priyanka Chopra is raising her glass at home for a good cause.

The A-list star was recently named the creative advisor for Bon V!V spiked seltzer. And in between whipping up the brand’s new Make Me Blush cocktail, the actress found a way to pay it forward when enjoying the sweet tastes of summer.

“I think the best part about this is that 20 percent of the proceeds go to CARE,” Priyanks shared exclusively with E! News when celebrating her partnership. “A big part of who I am is philanthropic and the fact that I aligned with a brand who jumped up and said we want to be able to do that with you was just so awesome. And CARE is just such a great organization…I just think that you’ll be having a fun brunch but at the same time you’ll be providing for women across the world so I think it’s a win for both.”

Brunch these days is often held at Priyanka’s house alongside husband Nick Jonas. While the former Quantico star is the first to admit that she’s “not the best cook,” there are some dishes she can’t resist.

“I just can’t cook. I’ve never taken to it. I don’t particularly love it but I am a big fan of an avocado toast with a fried egg and to add pickles and chili on it,” she explained. “But my husband makes amazing tuna sandwiches and that’s one of his specialties so that’s also on our brunch menus.”

What Australian Men Should Wear This Summer, According To The Man Who Can Wear Anything

Florence Welch’s Dress During A Moment With the Met