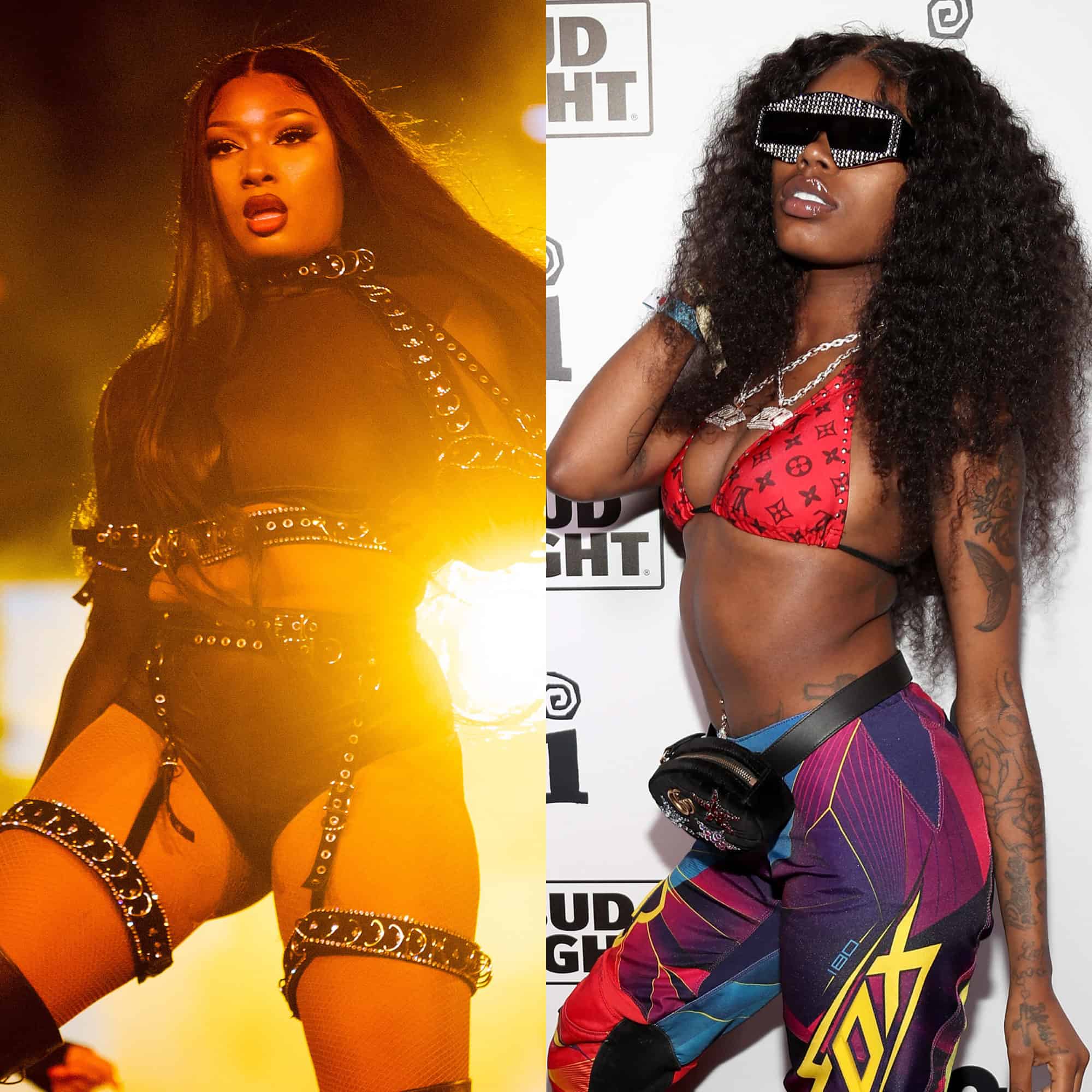 When it seems like it couldn’t go any further with the internet beef between Asian Doll and JT, Megan Thee Stallion decided to share a couple of words on Twitter. Megan tweeted, “If I got on this app trying to defend myself every time someone makes up some s**t about me or clapping back at random MFS, I don’t know. I’ll be miserable all day, every day. I hate that all of this is getting so blown out of proportion. It was never as deep as the comments made it seem.”

Many people didn’t understand why Megan decided to address this now, but it appears as though the situation started when Asian shared an unreleased verse that was supposed to be on Megan’s song “Do It On The Tip,” however, Asian was replaced by the City Girls. Once Asian got wind of Megan‘s tweets, Asian tweeted, “We was real friends. F**k rap. You should’ve said something yesterday and cleared s**t up. But no, you let that h*e get in your ear, and you don’t even know that h*e.”

A fan tweeted Megan saying, “All you had to do was dead it when you started. You should’ve said,” Nah, we still cool.” Megan replied to the fan saying, “We got each other number in real life. I don’t have to say nothing to nobody on an app.” Another fan tweeted, “You speaking, but you didn’t defend sis when she was defending you.”Megan responded to the fan, “When Asian got in her accident, I hopped right on a plane to come to see her. When she goes through s**t I’m on her line… I don’t like putting my personal life on the Internet because it’s personal to me. I never even saw people attacking her…”

Megan went back and responded directly to Asian’s tweet, saying, “Asian, you know me better than that. You know I don’t even like this Internet s**t. You blow s**t out of proportion because you’re a fu**ing hot head. You played the song on live that was that… What do I need to clear up? This is dumb.”

Just as things started to slow down, Asian’s sister entered the chat. She tweeted, “Naw bi**ch you are trying to play the victim when you knew WTF you and my sister had. Stop the cap. Trying to fake it like you a peacemaker when she had your back. Right or wrong with that Tory s**t you done!!”

Megan has not responded to this tweet at this point.

Saint Laurent Spring 2021: The Tailoring Revolution Might Not Be Postponed After All

Chapter 44: Finding the Perfect Summer Moisturizer for Your Skin Type

Thanks to the Coronavirus, Filipinos’ Sweet Tooth Got Even Bigger

Can I Wear Camo After the Capitol Riot?

Editor - January 22, 2021 0
As someone who has successfully — and not so successfully — dined outside on several occasions since New York City’s indoor dining ban,...