I knew this week would go one way or another, either they would be happy to have some structure again and want to stretch their brains, or they would be resistant to going back to learning after having the freedom to play all day.  It was very clearly the second one but we have spent the week muddling through, learning what works and what doesn’t together and I felt actual relief when it got to the weekend, despite the fact nothing was really any different! Here is how our fifth week in lockdown went!

We woke up, we started something that resembles home learning, we quickly gave up.  They were not in the mood, they weren’t engaged in the work that was set and they were only willing to do something if they had my undivided attention.  We went back to playing, running around, wrestling and drawing for the tiny girl.  She loves to draw things and probably spends more time with a pen or pencil in her hand than any of the boys.  I don’t know if it is just too hard to say that a house that has been solely for play now has to be somewhere they focus and learn as well, or whether four weeks of being at home has turned them all a bit feral.  We tried, we failed, we will get up and try again tomorrow.  Or maybe call it an inset day.  I have a feeling there might be a teacher strike coming up soon too. 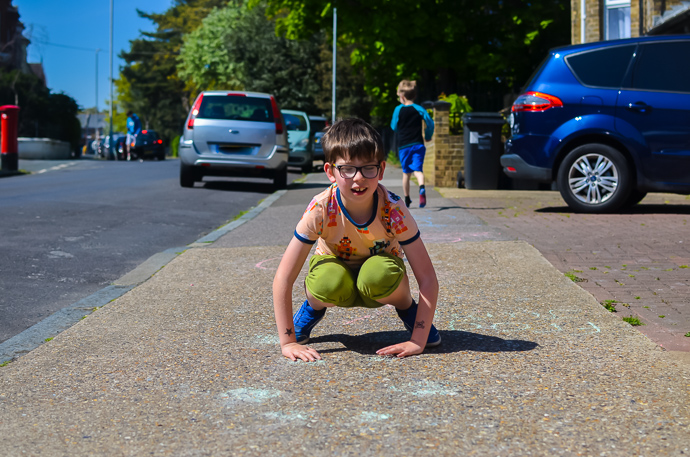 It feels tougher than ever to get back into some kind of schooling and I am not sure I really want to.  We did a little bit of computer based learning and then inspired by something I saw on Instagram (a phase I feel I am using a lot at the moment), I made an exercise line outside the house. Starting with a hop scotch, including wiggly lines to follow, stars to star jump on and frog jumps as shown, it was a bit of fun for the kids (and some passers by later that I spotted out the window).  The big chalks are proving to be one of our best buys! Inspired by Dylan’s news magazine that informed us that it has been 50 years since the Apollo 13 mission, I gave the children an early dinner and then snuggled them up in my bed to watch the film.  I hadn’t counted on it being so long and only one child made it to the end but we stopped it many times for them to ask historical or scientific questions, to discuss emotions and strangely it felt like the most ‘homeschooling’ thing we have done.  Dylan was completely engaged and learned a lot and more importantly, we all enjoyed it. 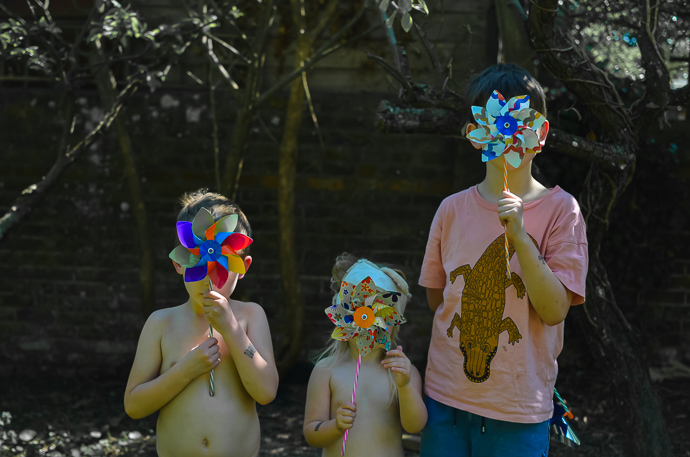 With the enthusiasm of the night before, I printed of some astronaut based worksheets, mostly choosing things aimed at the younger ones so we could all join in.  We all wrote a list of things we would take on a rocket, designed our own planets and crafted some very basic rockets using toilet rolls.  We didn’t spend long doing it but it made me feel like I was doing something and we quickly moved on to baking banana bread.  The children are getting more and more reluctant to wear clothes and when the most exciting place we go is the back garden, it seems pointless to increase my washing pile anymore so photos are often limited.  There is still more playing on the x-box than anything else most days but do you know what else there is a lot of at the moment? Smiles.  I count that as a win. 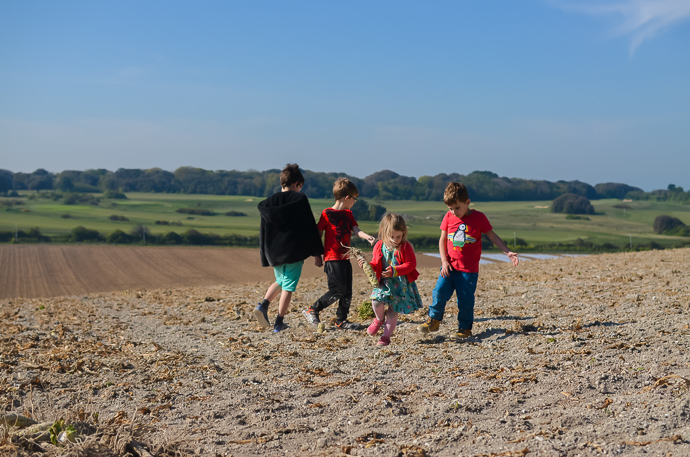 I woke up feeling tired, I hadn’t prepared any work and they clearly weren’t in the mood so we called it an inset day.  They dragged sofa cushions to their bedroom and made their own obstacle course, watched the Lion King for the 3000th time this lockdown and then I decided we would actually go out.  The sun was blazing and the clarity of rules meant I didn’t feel bad driving 10 minutes around the corner to get a change of scenery.  We fed carrots to donkeys and ran along footpaths through the fields, finding one empty, the soil dead and the perfect place to explore.  Despite two of them being reluctant to actually go out, once they were there, they had to be dragged away.  They think that without softplay, without noise and electicity and lights and people there can’t be fun but the two hours they spent in a field of dead crop tells me otherwise.  What these children need is space to run, freedom to get dirty, imagination to make everywhere wonderful and love and I gave them all those things and watched them thrive.  I say it every week but I need to get out with them more as these are the very best days.  We learned what donkeys eat and why some lighthouses don’t have red stripes and not a lot else but we had fun. 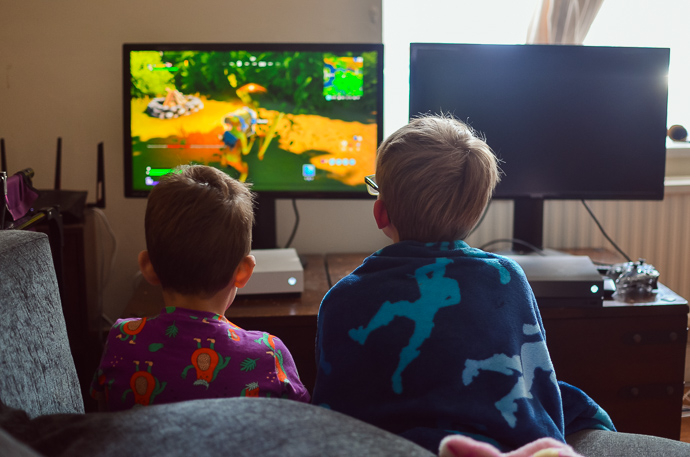 Probably the most honest picture from lockdown – the children playing on the xbox.  They don’t have the ability to regulate their playing (we gave it a go) so I have to set clear limits on how much screen time they can have and those limits are relaxing more and more as the weeks go on.  There is nothing even vaguely educational about the games they play other than the fact they often play 2 player as a team but I get a moment of peace to get on with something and they are happy and this is all a complex balancing act really.  We got out today, we ran around a giant field until everyone was tired and then came home for a movie night with sweeties as it is Friday.  It has been a hard week when it comes to home learning but in other respects it feels like it is getting easier.

The boho and effortless clothes you will want to buy your kids this summer!