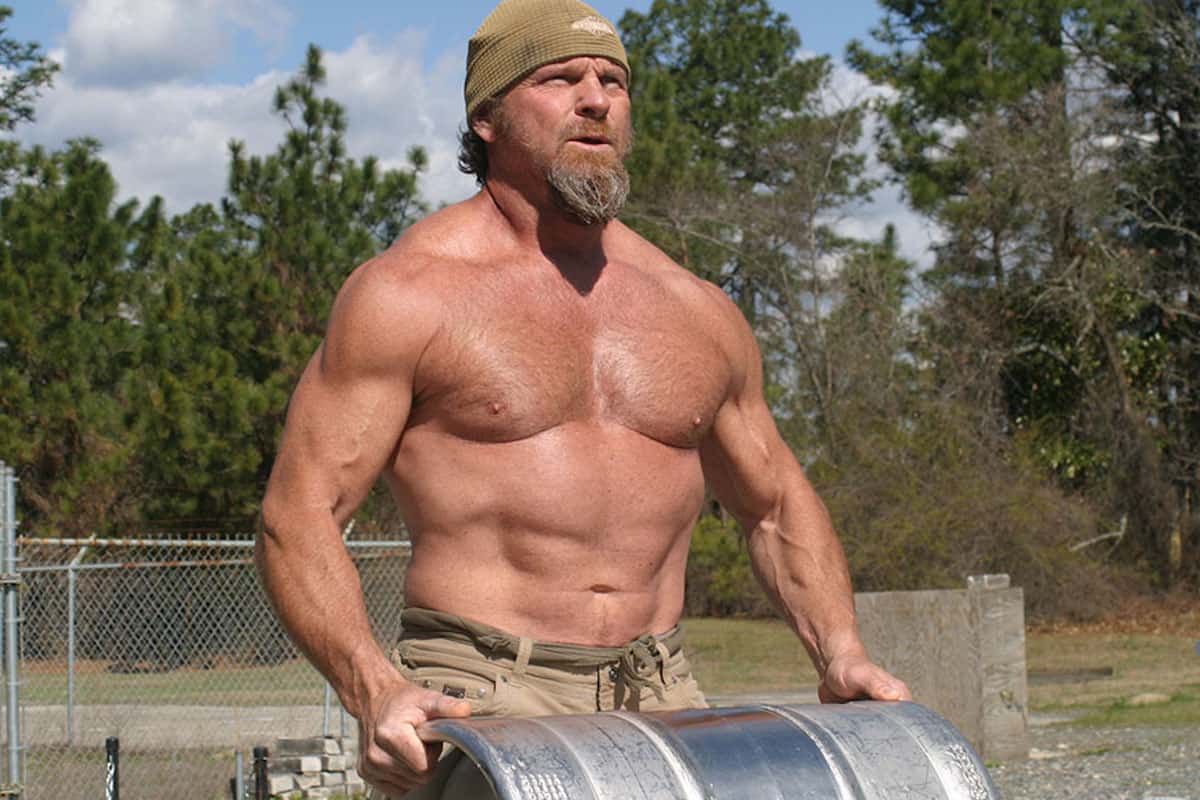 There are few media personalities as influential as Joe Rogan. The comedian, podcast host, mixed martial arts commentator and psychonaut’s unique brand of masculinity has garnered him millions of fans, and is a cultural tour de force.

Anything that gets his endorsement is sure to sell like hotcakes – whether it’s mushroom coffee, nootropics pills, or indeed workout techniques. Luckily, the man has nous and taste, so unlike many celebrities, his endorsement actually means something.

One particularly interesting guest on The Joe Rogan Experience was Pat McNamara, an ex-spec ops asset turned fitness and life coach after 22 years in the US Army. Now making a living through training people in tactical marksmanship and combat strength, McNamara’s workouts are great inspiration – as well as a great way to utterly destroy your upper body (and hopefully have it come back stronger).

McNamara’s Instagram account was recently deleted – a huge blow to the man’s business. Apparently Rogan reached out to world champion surfer Kelly Slater, who helped pulled some strings at Instagram HQ to get McNamara’s account reinstated. Must be nice having friends like that.

McNamara takes an eclectic approach to his workouts, often using his vehicles as exercise aids – pushing around his golf cart, using his truck as gym frame, and often working out around his prize possession, a vintage Pontiac GTO (a man of impeccable taste as well as triceps). Call it gimmicky but you can’t argue with his heroic rig.

Despite his outwardly macho appearance, McNamara isn’t afraid to talk about his mental health either. McNamara has shared how leaving the army precipitated a depressive episode for him, and how fitness is one of the ways he stays mindful. It’s not just a passion or a profession.

Maintaining your core strength and ‘combat readiness’ should be an important part of any workout routine… We aren’t quite as eager be to be hauling vehicles as McNamara, however.

Melbourne Man’s Unusual Shower Ritual Every Australian Can Learn From

How to Find a Destination Wedding Photographer