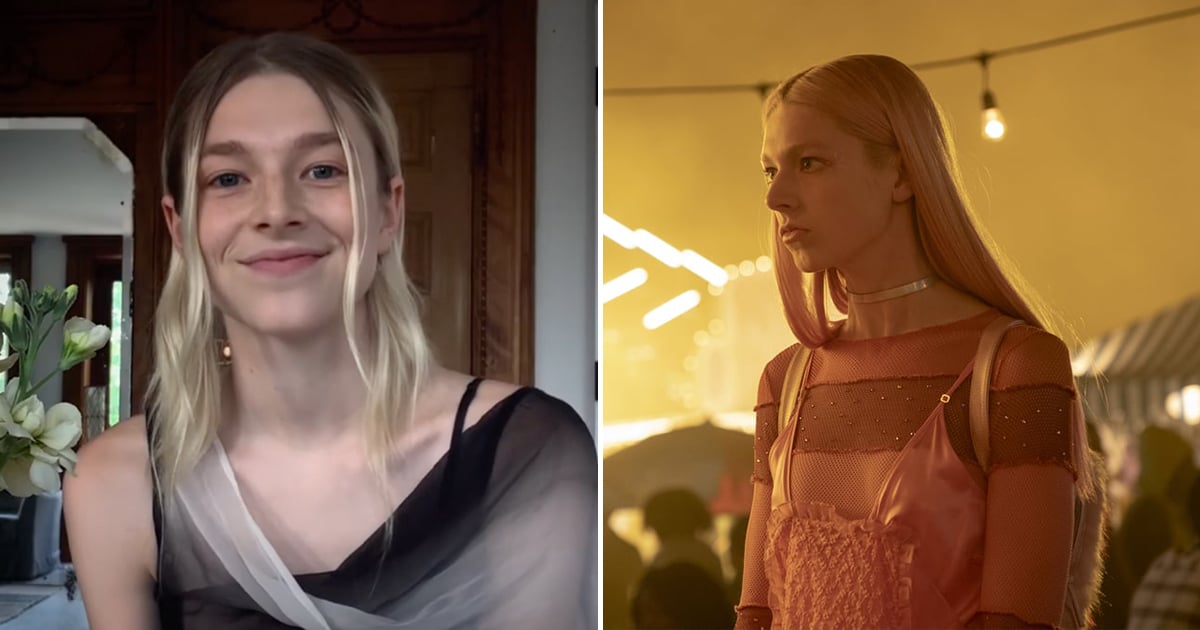 While we’re all still waiting for the second season of Euphoria to drop, Hunter Schafer and costume designer Heidi Bivens teamed up for a video to discuss the stories behind our favorite looks. In the conversation, the pair discussed the close collaboration between Heidi and the actors, as well as the process for sourcing clothing, which Heidi says was at least 50 percent vintage for the women cast. Hunter, who was actually preparing to go to fashion school before snagging her role on the HBO series, often worked with Heidi to customize and perfect her character Jules’s style.

Heidi explained that she saw Euphoria, which was recently nominated for an Emmy for its outstanding contemporary costumes, as an important opportunity to “portray young people in a way that hadn’t been seen before,” and worked closely with Hunter, Zendaya, and Alexa Demie to curate their characters’ looks in a real way. More specifically, she discussed collaborating with Hunter to find intimate garments that the transgender actress felt comfortable wearing.

“There’s a lot of power in seeing a young trans girl not trying to conform to a cisgendered standard in that way.”

“I think it’s so special to take into account the actor’s opinion, at least with a show like this, where some actors have bodies that aren’t necessarily the ‘norm,'” Hunter said. “And also particularly because we were going to be seeing Jules in her underwear, and I had been thinking about whether or not I wanted to be tucked for some of the shots. . . There’s a lot of power in seeing a young trans girl not trying to conform to a cisgendered standard in that way.”

The costume designer added that when she was sourcing clothing for season one of the show, she could only find one designer who was making “the kind of intimate garments [she] wanted,” but while prepping for season two, she felt it was much easier to gather the items she needed. “So we’re evolving as humans,” she said. Watch their conversation in full above and look back on the first season’s incredible style moments.

Inspo Alert! Why We Love the Wild Style of Nick Haramis & Misha Kahn