Home Fashion How NIENMORE Is Helping Women In Juárez, One Tie-Dye Dress At A... 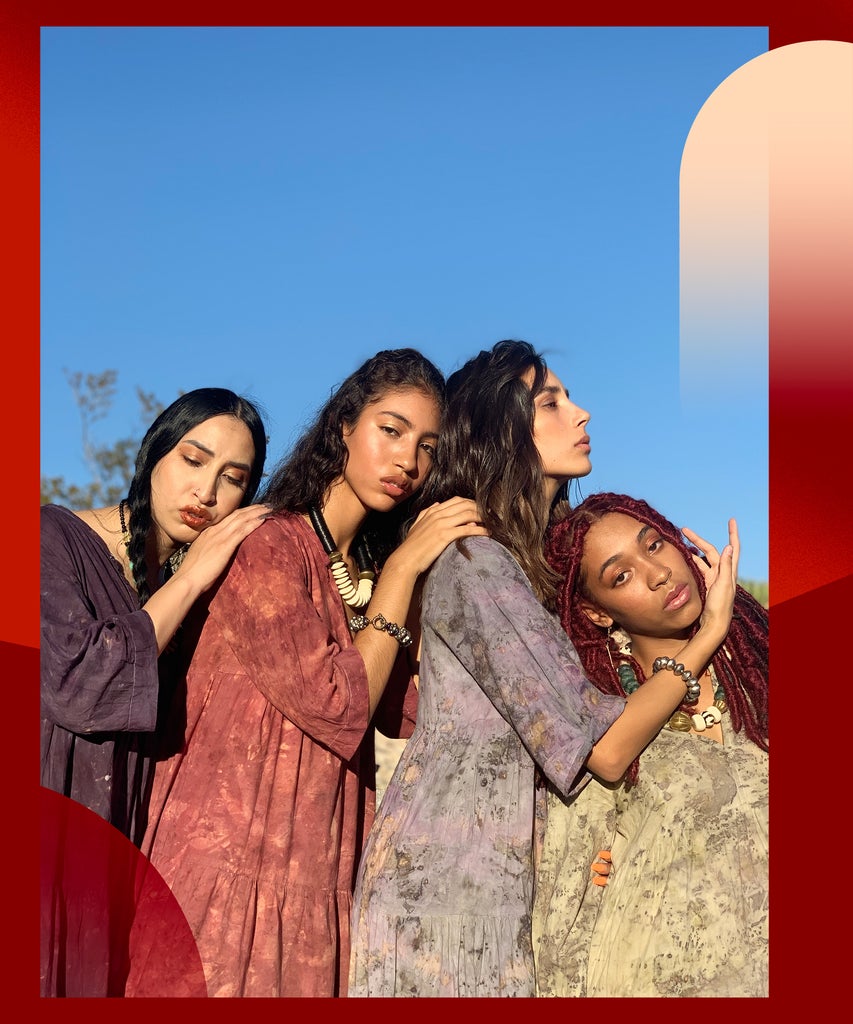 In the Mexican city of Juárez — located south of El Paso, Texas — violence is rampant. Nearly 1,500 homicides occurred in 2019, and over 64 occurred in the first 26 days of 2020 alone, according to NPR. According to the Seattle Times, gender-based homicide is also prevalent here, with 31 of the 1,006 victims of gender-based homicides reported by the Mexican government in 2019 occurring in the Juárez area. Many cases of gender-based homicide go unreported every year in Juárez, a city that Vice referred to as the “epicenter of femicide.” It was in that first month of the year that 26-year-old artist and activist Isabel Cabanillas de la Torre of Juárez was shot and killed while riding her bike home. Her death sparked city-wide protests against femicide and violence, ranging from rape to kidnapping, toward women. At the gatherings, protesters chanted the phrase, “ni una mas,” which translates to “not one more.”

The all-female team at NIENMORE — a saying that blends Spanish, Norwegian, and English words to say “not one more” — is also fighting for an end to violence against women in Juárez. Since 2017, the founders — artists Jane Terrazas and Lise Bjorne Linnert and Human Rights activist Veronica Corchado — have utilized garment production as a means to improve conditions for women. “The main idea was to create a safe space, better conditions in fair-trade employment, and personal and economical development for women,” Terrazas says. “We cannot eradicate violence, but we can create conditions that give women opportunities.”

According to Terrazas, the situation in Juárez, a city long plagued by drug-related violence, “has not changed in the last 25 years,” with women continuing to face violence and uncertainty. “We live in a country that is going through a period of social decomposition and corruption at all levels of government, so much so that justice and respect for our rights as women cannot be accessed,” Terrazas says. There is also the exploitation of women in the factories — that is, if they can even find jobs there to support themselves and their families. “It is a cultural problem rooted and perpetuated by many factors,” Terrazas says. “One of them is due to the construction of toxic masculinity [in the workplace, which is] sustained by the same behavior in culture and education.” She points back to the government as another factor.

The women working at NIENMORE aren’t immune to these inequalities. But, according to Terrazas, the NIENMORE studio often doubles as an escape from the violence in Juárez. “You can feel a community atmosphere, mutual support, relaxation, everything flows in harmony, slow but with a healthy spirit,” Terrazas explains. At their office and studio, the NIENMORE team — which along with Terrazas, Bjorne Linnert, and Corchado, includes 10 other Juárez-based women — merges activism, fashion, and art by producing garments “conceived to create awareness, fairness, and hope,” according to the brand’s mission statement. Their goal is to create a sustainable method of producing clothing that will grant female workers with a fair income stream, while also providing them with the skills and confidence they need to achieve “long-term financial independence.”

As for the clothing itself, NIENMORE hand makes everything from huipiles, which are cap-sleeved tunics traditional to Mexico and other Central American countries, to face masks and dresses made using plant-based dyes. All NIENMORE garments are produced using a slow fashion model, which the organization chose in an effort to “oppose the exploitation of workers in the hundreds of assembly factories located in Juárez.” According to the brand, one garment can take up to 60 hours to dye. Every worker in NIENMORE’s studio is taught each step in the production process, rather than making one person focus on the same tedious stitch or pattern for hours on end, as is done in many factories. That way, they’ll have a greater depth of knowledge into the craft as a whole.

In the last few months, NIENMORE has focused its attention more directly on helping their employees become entrepreneurs by encouraging them to train other women in their neighborhoods the crafts that they’ve learned from their time with NIENMORE. “I think the difference between the factory model and NIENMORE is that this project allows for the working women to be the owners of the means of production,” Terrazas says.

Despite the stylish hand-dyed selection, NIENMORE was never about clothes, nor do the founders want it to be considered a fashion brand. “The main objective is to foster personal and economic empowerment in a group of women who live in vulnerable conditions,” Terrazas says. And while gender-based violence in Juarez will likely continue until something is done by those in power, NIENMORE will continue to do its part in offering women opportunities and a safe space.

How Women In Mexico Are Striking Against Femicide

Four Years in the Front Row

4 Things You Should Know Before Moving to Tennessee

Editor - January 19, 2021 0
The turmoil of the last twelve months seems to have eliminated trends from fashion, with moods and desires almost impossible to track on...