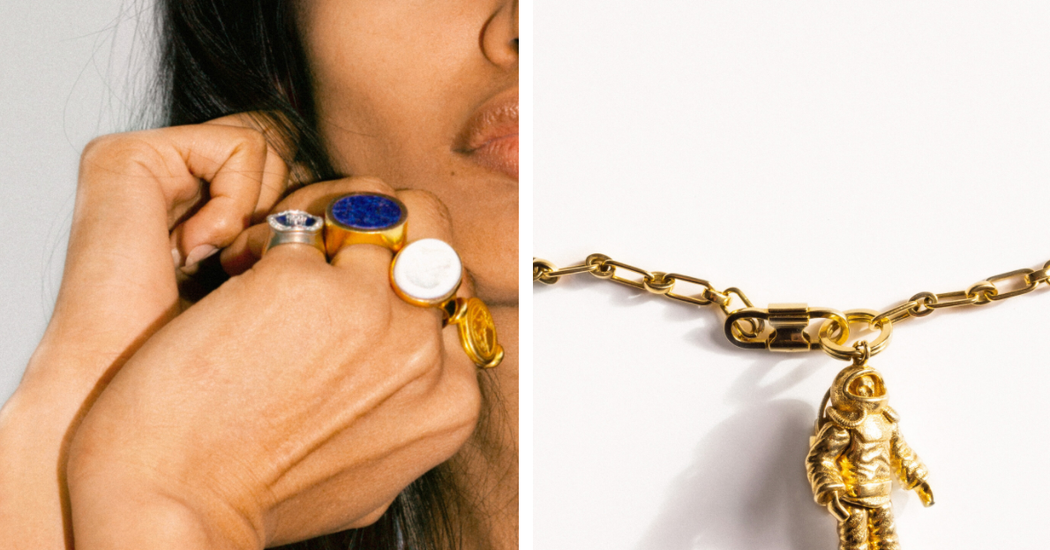 For more than three decades, the Italian designer Ilaria Icardi resisted following in the footsteps of her father, Umberto Icardi, by becoming a jeweler. He and his brothers, Giuseppe and Piero, set up their family-run fine jewelry business, Emmeti, in Valenza in the late 1960s and made precious gold pieces for private clients and, eventually, bigger brands such as Tiffany & Co. Valenza, a small industrial town in the north of Italy surrounded by undulating, verdant terrain that the region promotes as Little Tuscany, has been renowned for its goldsmithery for centuries, but home held little appeal for Icardi. “My father tried to pull me into the business, but I instinctively refused it,” she says. “I wanted to get out and escape.”

Escape she did: to study fashion design in Milan, and an impressive, 25-year career in women’s wear — with posts at Yves Saint Laurent under Tom Ford and Stefano Pilati, then at Céline with Phoebe Philo — followed. Since 2013, she has been the design director at Victoria Beckham in London, where she lives with her 8-year-old daughter, Theodora. Though she occasionally dreamed up jewelry in these roles, it was only when her father passed away four years ago, that Icardi found herself truly drawn to his craft. “It lit a flame inside of me,” she says of his death, which ultimately spurred her to launch her namesake line this year. “It was already all there. I just had to bring it to life.”

Icardi’s debut collection is a concise and deeply personal offering inspired by her own miscellanea, including the jewelry her father made for himself, pieces from the Emmeti archives and trinkets she’s collected on her travels to Japan, India and North and South America. “The idea is that these are like family heirlooms acquired over many years,” she says of the seven made-to-order designs, which she produced with the help of her younger brother, Lorenzo Icardi, a gemologist who lives and works in Valenza.

At the heart of the collection is a reproduction of her father’s beloved gold chain necklace, which she inherited. A sharp dresser who favored custom-tailored suits, Umberto designed and made the piece himself and was never without it. “Now I wear it every day,” she says. She likes to pair it with another of his creations that she has also replicated for her line: a rectangular gold talisman pendant engraved with a motif of ears of wheat — “for good luck and prosperity,” she says — with a brilliant-cut diamond set in the upper right corner that evokes a sun. There are also 18-karat gold ’70s-inspired signet rings — one of which is inlaid with a striking lapis lazuli center — of her own design and more playful elements, such as an intricately detailed, gold astronaut-shaped pendant whose form nods to a trinket, modeled after a pair of spacesuit legs, that she found at a New York flea market some years ago.

The eclectic designs are united by a weighty, retro feel — Icardi sees the ’70s as the heyday of her father’s career — as well as by brilliant yellow 18-karat gold. Precious stones are used sparingly — just the lapis lazuli on the signet ring, and brilliant-cut diamonds on the pendant and an engagement band — but subtle hand-engraved guilloche adds texture to several of the more solid forms. Some keepsakes were harder to reproduce than others, though, including the uniquely shaped uncut mineral-green diopside pendant encased in a heavy gold setting that her father gave to her mother as an engagement present in 1969. “It’s hard to match that green, and it was driving my brother insane,” Icardi says.

Working so much with the permanence of precious metals has been a new experience for the designer — and indeed a cause of lighthearted sibling squabbling. “If a dress doesn’t look good, you can redo it, but with fine jewelry, the sketch needs to be accurate,” she says. “I’m learning that when I say yes, and my brother presses the button, there can be no changes.”

What’s more, Icardi and Lorenzo have largely had to finesse their collaboration remotely, using video calls and WhatsApp. Last summer, however, after months of separation, the siblings, their mother and Theodora managed to reunite for a family holiday on the Ligurian coast, near Portofino. “Lorenzo turned up wearing all the prototypes like an Italian Mafioso,” Icardi s says with a laugh. Her father, though, still feels ever-present. “I never sat down and cried when he died, but when I work with these pieces, I get waves of memory,” she says. “It’s like he is looking over me. I can feel it.”